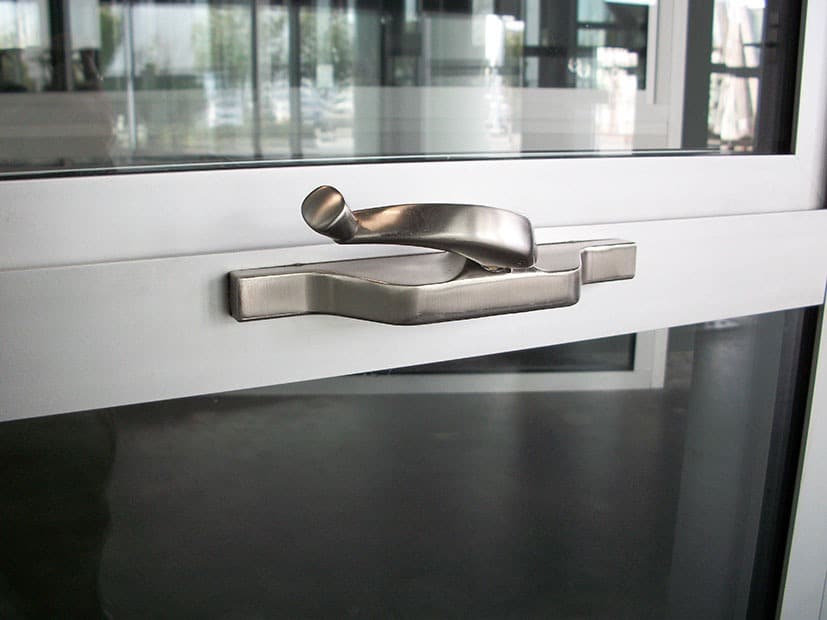 The roto gear housing for Series 250-T and Series 2000 has recently undergone a facelift of sorts. The most noticeable change is the removal of exposed attachment screws on the room side. The attachment screws have been moved to the inside of the window sill. Additionally, the roto arm has been thickened and the swivel guide (end of each arm) has been changed from PVC to brass. Engineering is also looking at design improvements on the multi-point hardware, to create crisper lines in lieu of rounded edges. These changes are likely to be introduced later in the year.